October 29, the China Internet Enterprise Comprehensive Strength Research Report (2020) Release Conference and the 100 Enterprises Summit Forum (organized by the Internet Society of China) was officially held in Beijing. The list of the top 100 enterprises in comprehensive strength of China in 2020 was released at the conference. MONTNETS Technology once again came into the list because of strong R&D and innovation strength and market development potential in the field of cloud communications. 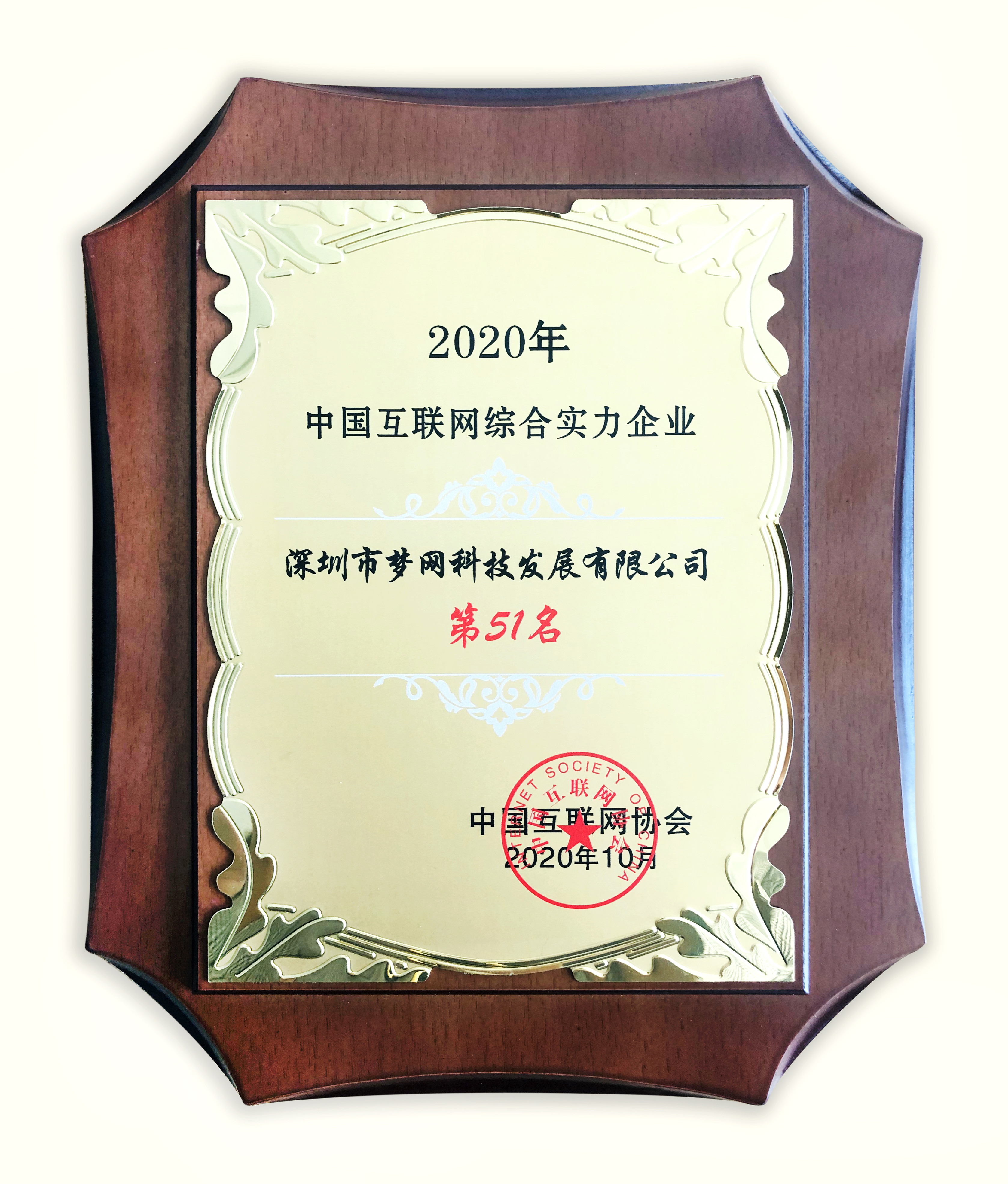 In the annual study on the comprehensive strength of Internet companies of China, the evaluation criteria include six dimensions and eight core indicators including corporate scale, profitability, innovation capability, growth, influence, and social responsibility etc. The above-said list is the most authoritative list, obtaining widespread attention and unanimous recognition from the industry, government departments and the media. With the in-depth implementation of China's strategy to become an Internet powerhouse, the Internet industry flourishes, with fierce competition among leading companies and rapid growth of growth companies. Since the inception of the list in 2013, list entry requirements have been stricter year after year, with the continued change in the pattern of leading companies: a change rate of enterprises admitted into the list reaching a maximum of 45% and an average rate of enterprises newly admitted into the list reaching 20%.

Let’s look up at the sky, which is as starry as that in past years. In this year’s ranking of the top 100 companies, Alibaba and Tencent still occupied the top two with an unshakable status, while Meituan replaced Baidu in the top three (which became a hot topic). Other leading Internet giants such as JD.com and new stars in recent years NetEase and Pinduoduo and Didi were into the top ten without any surprises. As a leading company in the field of cloud communications, MONTNETS once again entered the list, and its ranking jumped from 63 last year to 51. It is worth mentioning that this is also the fifth consecutive year MONTNETS was selected into the list.

In subsequent plans, MONTNETS will continue to improve RCS product capabilities, expand the boundaries of 5G commercial services, and continue to empower enterprises in future communications.

About Us
Group ProfileHistory Honors and Qualification Social Responsibility Contact Us